Got to thinking on postage stamps today bec hadda mail a book to a friend and when you go in you hafta say to the guy, no matter what your actual business is that day, and of course you’re already saying it if you went in for this purpose —

‘What first class stamps d’ya have?’

So they had a couple decent ones and I didn’t have the August Wilson one, so you can guess the ending to that. 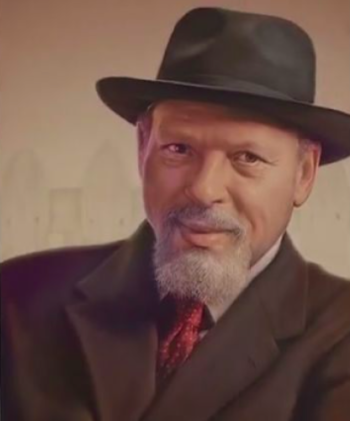 As far as thinking about postage stamps at all, it was only briefly, sheesh! and as regarding mailing a book to a friend, well, there’s just no explaining some things.

It occurred to me then, tho, that usually one has to be dead to be on a postage stamp, which meant Jesus is unlikely to be on one, which, however, turned out to be wrong, at least according to this list, which says he has been, which means baby pictures count.

In the immortal argument of people who come to be fast uncertain of their ground … but still!

I do not think Jesus qua Jesus as the analytic philosophers say [well, some people like that sort of thing] will ever be a postage stamp guy bec he just wasn’t that sort of God-Man.

This being Good Friday there are plenty of homilies and Facebook posts presenting themselves today along some line of he was that sort of guy, obedient unto death, blah blah blah.

The question these unfortunately answer is both the wrong question and the wrong answer. The obedience is ascribed to Jesus’ devotion to civic order and it is somewhere between strongly implied and outright asserted that we go and do like, likewise.

Coupla decades ago in First Things, Justice Bork decried the rampant individualism of resistance which has only on this line gotten worse in 22 years, writing of Thos More that he was above all obedient, that people standing on individualist principles were wrong about such things, and so on. It was baffling to see his brilliance obscure the actual state of things, which is that after nearly 500 years anything gets a little mixed up by those who come after.

Jesus and More [and MLK, Jr and Dorothy Day and … ] were disobedient to then-duly constituted authority and were in the same swell foop, as my mom wd say, obedient to God.

These men and women did not obey the government.
They accepted their punishment for disobeying them.

That is their obedience.

But first they disobeyed.

Jesus was in trouble precisely because of his disruption of civic peace in both religious and political senses. He jacked with everything because the ‘rules’ were shite, and were not the real rules, not the real ways God lives and moves and has His being.

The Christ was only in front of the Jews or Pilate for not playing by the book the authorities laid out for everyone. He wldnt have even been there if not as someone causing trouble by doing / not doing what they said to not do / do.

The life Jesus lived and led was so Other as to be
unrecognizable babble to those whose eyes were
not for the purpose of seeing, ears not for hearing.

Pilate with his ‘I have power over you’ wasn’t even in a real place.

I mean this literally.

The world in which Pilate lived and moved and had his being was literally unreal. False. Not the real world. It happened, and happens, to be regnant, and oft appears ascendant, but it is not so. The world of the see-r in Imagining Argentina, the world of the prophet or playwright reminding … those are the Real.

Why did Jesus die?

If those sermons and Pontius Pilate are right, Our Lord died for reasons decided by the state to which Jesus in obedience acquiesced. After all, the point of the preaching and of Pilate is, hey, here’s the law-rule-thing-dealio … to which Jesus assented.

Sometimes it is said his agreement is to a different dealio than the one Pilate offered, which is true. But then it’s no longer obedience except in mere surface appearance. It is compliance and this is often just fine. We comply every day with much that has nothing to do with eternal verities — which not for nothing is a term that exists for a reason, meaning that which is always and forever true, not just whatever game some Roman procurator is playing.

Whatever it is, it’s not obedience, which surely speaks of alignment.

When God asks us to obey it may be in faith — a lack of comprehensive knowledge on the question at hand — but it’s not, I think faith folk wd agree, about just going along with it — ‘Whatevs, dude‘ — for our own reasons, usually accompanied by as much divergence as can be politely maintained, and often leading to a complete break when it becomes convenient-possible-expedient.

If it had begun to be the case that they were not going to punish him, wd Jesus have still complied? If the law had pointed to letting him go wd he not have continued to push and press, cause problems and rouse rabble, until they did do him in?

Of course he wd.

It’s often said by the same preachers Jesus was in full control of what was happening to him that day. This, too, is, shall we say, incommensurate with the kind of blind obedience to clueless bureaucrats and bastards that seems to be the aim of these sermons.

Here, ‘obedience’ does not mean what they think it means. The term is being misused; altered within its use; and as just historical record, simply wrong.

Not that Jesus oughtn’t to have complied. When my son was young I told him if he got into a fight at school for the Good, he’d still have trouble with the teachers, the school, the other kid’s parents, but he wldn’t have one with me. He grew up a defender of the weak, and remains one.

Then too, another illustration — the one at the top of this post.

Clearly Jesus is obeying someone here.

Of course he’s obeying God, which of course is himself, which also ought to be our lives.

That is, we ought to obey God and, over time, come to ‘obey ourselves’ — wholly submitted to him.

For much of the time of those lives, it will not seem good for us to ‘do what we want’. It didn’t seem so to Judge Bork and he cldnt see the real problem was that More’s disobedience to Henry — good and true and beautiful — had morphed over half a millennia into a general ‘I can do what I want, neener neener,‘ that More’s obedience to God had been lost, perhaps by the general loss of God as a part of those same lives.

The same for other civilly disobedient folk doing it right, with of course that latter bit being key.

The same even for some dramatists: the main character in Imagining Argentina, coincidentally, or not, helps lead a local community theater group in Buenos Aires. And of course, August Wilson, telling truths of his times, quite regardless even heedless of what the damn government says.

As with Jesus and Pilate, they’re talking about something else, entirely.

Obedience to authority becomes in time not even the relevant question.

Doesn’t feel like I’ve said here what I meant to, as well I ought to have done.

There’s enough to think on, though.

Pig is revelation. Revealing is when what’s here is hidden then seen. It’s really many individual ones, though widely considered they’re the same, and all the individuals are related, perhaps only proximately at first, but also in ways they themselves don’t initially see. + Key is it’s here. Problem is we don’t see it. Action

There’s an unfortunate instructor-y thing where the guy on stage [I’ve found it’s usually a male doing this] asks a question he already knows the answer to, one of the people in the audience … err, classroom … is the target, the answer given is wrong, and the stagehand just goes and gives the answer

You’d think a guy’d remember if it was the first time he’d seen a body but I didn’t not at first. [Hadda chance to graduate from college into one of our acceptable wars but didn’t, into the war that is, and no shot at a medical profession: left HS Chem as it had only 28

Silence is the real. Words lie on top. + To be alone with the Alone He drapes himself in silence Art, too, is the fruit of silence Silence is the privilege of the brave Silent love can only grow in humility What is extraordinary is always silent Silence strips man and makes him like a

Silence is faith. Before God Before others When I was quiet with G___ and B___ and J___ — that was faith. When I am silent it is that. Silence before M___ or D___ on C___. Contentment in solitude Acceptance of opposition Okayness in life going ‘other’ No wife or woman Prayer. These are faith. + Faith not:

Ark Of The Christian Life

Not God is the phrase they use in AA for realizing we are, well … not God. And no, I’m not an alcoholic. No really — I’m not. Not God is also the answer to the question, WTF? What is wrong with people, this place, my parents, and our upbringing, education, choices and decisions, and probably

Get In The Boat

You’re in this boat. I’m going to say the boat is our life in Christ, though over time the boat image, the water metaphor, has done yeoman’s work for pastors immemorial — it’s our body, our life, our church, our baptism, our faith, our death. You get the idea. Now imagine you’re the first guy

All the while watching Mad Men seemed to me the question was ‘Would Don Draper be redeemed?’ Breaking Bad was running roughly concurrently and the same question with an otherly alliteration was being posed: ‘Would Walter White be damned?’ The answer to the first was quintessentially postmodern, exquisitely childish, and thereby perfect — neither. Or, as an actual

‘Errantry’ JRR Tolkien   Commercially found in Adventures of Tom Bombadil Image: detail, Pauline Baynes’ illustration, for above [Where did JKR hear the buzz of Dumbledore … ]

Challenging Believers to Think And Thinkers to Believe

" I’m a professional actor. I get the part. I read the script. If I decide to do it, I learn the lines. I have no theory about acting. For me, there is no Method. I just do it. "